Cleaning up the Industrial Industry

What Are Cooling Towers?

There are many industries that have factories that generate a lot of heat. That can include things like power plants, nuclear plants, and oil refineries. One issue that all those places share is that they need to have a way to get rid of all that waste heat. There are various ways to handle all that waste heat. The most common is to use a cooling tower. What is a cooling tower?

A cooling tower, when it comes down to it, is a box filled with materials like PVC and water. The PVC material is normally thin sheets of PVC lined up together, in a parallel fashion. The sheets won't touch because the goal is to have the maximum amount of surface area for the water to be on. If the sheets are touching then you lose that surface area, which defeats the purpose. A cooling tower also has an airflow. Small towers, like those found on rooftops, generally have that airflow forced through them by fans. Larger towers, like those found in a nuclear plant, have towers that are designed for natural airflow. How do these towers work?

The way that the towers work is through the principle of evaporative cooling. Evaporative cooling is similar to how your body cools itself down in the summer; you sweat and the air absorbs the water, cooling you down. The cooling towers work the same way. The PVC sheets or other cooling tower fill are wet: as the airflow runs over the hot water on the cooling tower fill, it evaporates the water from the sheets, which is why the cooling tower needs to have many sheets with a lot of surface area. As the water on the sheets evaporates, all that heat is put out into the atmosphere, cooling everything down. As the water evaporates, more hot water gets on the sheets so that there is a continuous supply of hot water waiting to be cooled, and all that excess heat is dealt with in a safe way.

Cooling towers are an integral part of a lot of industries. They are found in thermal power plants, nuclear plants, and petrochemical plants. Without a cooling tower, there would be a lot of problems, and the plants and factories wouldn't be able to run the way that they should and wouldn't be anywhere near as efficient.

For more information, turn to a cooling tower parts supplier. 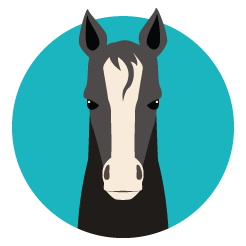 If you own or manage a factory, you may think you keep things pretty clean. You might be surprised to learn just how much unnecessary waste and pollution your work site generates, and how simple the solutions can be. As an environmental science student and the daughter of a factory owner, I recognize just how important industrial work is. I also understand how important it is to reduce waste and pollution wherever possible. While factory ownership and waste reduction may seem contradictory, it’s my dream to lead the way in building and maintaining more efficient, environmentally friendly factories without overburdening the owners. In this blog, I’ll be sharing my ideas for doing just that.